“Jejak-旅 Tabi Exchange: Wandering Asian
Contemporary Performance” proposes the need to map, network and understand the dynamic of international presentation of the work bycontemporary artists from or in Asia.
It is the first of such a regional platform for Asian contemporary performance.
This exchange platform is an effort to distribute contemporary performance knowledge and know-how within and across various modest-sized Asian cities.
We aim to start building various performance stories, records and eventually historiographies of Asian contexts, identifying the interlinking as much as the disconnections of such nodes.

The project was borne out of our urgent observations and responses to the current developments of contemporary performance in the Asian region.
Our core team is made up of curators and producers Akane Nakamura (Japan), Helly Minarti (Indonesia) and How Ngean Lim (Malaysia/Australia).

Between 2018 and 2020 Jejak-旅 Tabi will travel across cities in Asia for the next three years.

Jejak-旅 Tabi is a multi-disciplinary programme that re-introduces established Asian artists with international reputation alongside showcasing emerging ones.
It includes (and not limited to):
• performances;
• work-in-progress showcases;
• different forms of discussion: panel presentations, roundtables, lectures, etc;
• workshops;
• exhibitions and/or installations;
• film / video screenings.
All these serve as tools to unpack the shared practice as well as any dis/connections within specific localities.

Cemeti – Institute for Art and Society (formerly ‘Cemeti Gallery’, then ‘Cemeti Art House’), is the oldest platform for contemporary art in Indonesia, located in Yogyakarta. Cemeti was founded in 1988 as a site for exchange, providing space for artists to develop and exhibit their work. In 1995, the then newly founded Cemeti Foundation (since 2007 operating independently as the Indonesian Visual Art Archive, IVAA) was the first organization to start documenting contemporary visual art in Indonesia. In January 2017, Cemeti’s artist founders Nindityo Adipurnomo and Mella Jaarsma, stepped aside from the day-to-day running of the organization and a new team took over the helm, changing the name from Cemeti Art House to Cemeti – Institute for Art and Society. The new subtitle takes as a starting point the idea of “instituting” as a collective social process in which we find forms for shared urgencies and ideologies.

Damansara Performing Arts Centre (DPAC) is an organisation dedicated to promoting arts in Malaysia, through learning, practising, and appreciating arts. DPAC aims to further enhance public awareness on the importance of art-forms that enrich our lives while shaping today’s world. DPAC has a proscenium theatre, a black box, an experimental theatre, an indoor theatre-foyer and several dance studios. They are all equipped with state-of-the-art facilities. These facilities cater to the professional practices of different performing arts practitioners in various forms.

AKADEMI SENI KEBANGSAAN (ASK) was established in 1994 under the Ministry of Culture, Arts and Tourism Malaysia. Now known as AKADEMI SENI BUDAYA DAN WARISAN KEBANGSAAN (ASWARA) established on August 1, 2006 through ACT Academy of Arts, Culture and Heritage, 2006 (Act 653). ASWARA is the only institution of higher learning in the field of performancing arts that is supported entirely by the Government of Malaysia under the Ministry of Culture and Tourism Malaysia. It is an institution of higher learning to provide a space for learning, research and academic publications and professional advisory services in the field of arts, culture and heritage aimed at producing skilled artists and practitioners who are competent in their fields besides strengthening the sustainability of the national arts heritage. In principle, ASWARA focuses on arts education for performers knowledgeable and professional for the local industry.

Born in Jakarta, Helly now works as an independent-, itinerant dance scholar/curator, rethinking radical strategies to connect theory and practice. She is mostly interested in historiographies of choreography as discursive practice on top of her fixation with certain knowledges that view body/nature as a cosmology especially those rooted in Tantra/Taoism. She worked as Head of Arts for the British Council Indonesia (2001-03) which set her off to curating. Some of her curatorial projects are Asia-Europe Dance Forum (2004), first of Asia Windows series for Asian Art Theater, Gwangju (2015) and three editions of Indonesian Dance Festival (2014/6/8). She has been involved in various exchange arts projects, invited to various forums/conferences and conducted research fellowships in Asia, Europe and the US. She was voted as the Head of Programme of Jakarta Arts Council twice – a unique collaborative curatorial platform (2013-17). Helly earned a Ph.D in dance studies from University of Roehampton (London, UK) and will call Yogyakarta as her new home from late 2018 onwards. (hellyminarti.id) 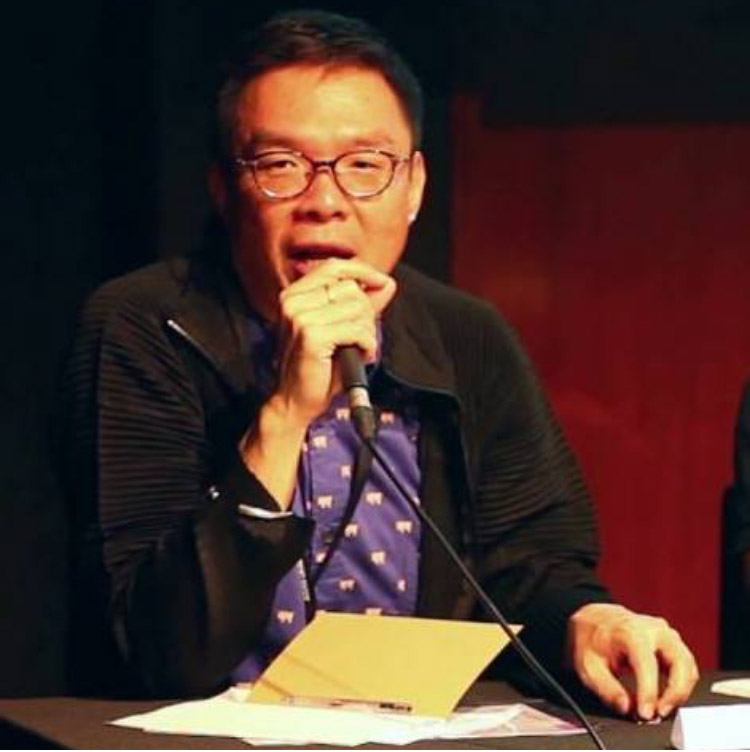 Malaysian-born How Ngean is an independent dance dramaturg, producer and performance-maker, and has been actively involved in the performing arts for more than 20 years. He was conferred his Phd from the National University of Singapore with his thesis entitled Choreographic Modernities: Movement and Mobility in Southeast Asian Contemporary Dance. He has dramaturged for critically acclaimed choreographers Daniel Kok, Joavien Ng, Kuik Swee Boon and Ming Poon from Singapore; Pichet Klunchun in Thailand and the Phnom Penh-based Amrita Performing Arts. How Ngean is founding director of the Asian Dramaturgs’ Network (ADN, 2016), a platform for critical exchange on dramaturgy among dramaturgs in the Asian region. It has so far has three successful symposiums in Singapore (2016), TPAM Yokohama (2017) and, OzAsia, Adelaide (2017). His recent publication is a chapter contribution ‘Rhythmic Operations, Material Description, and Analysis in Dance’ in Choreography and Corporeality: Relay in Motion (Palgrave 2016). 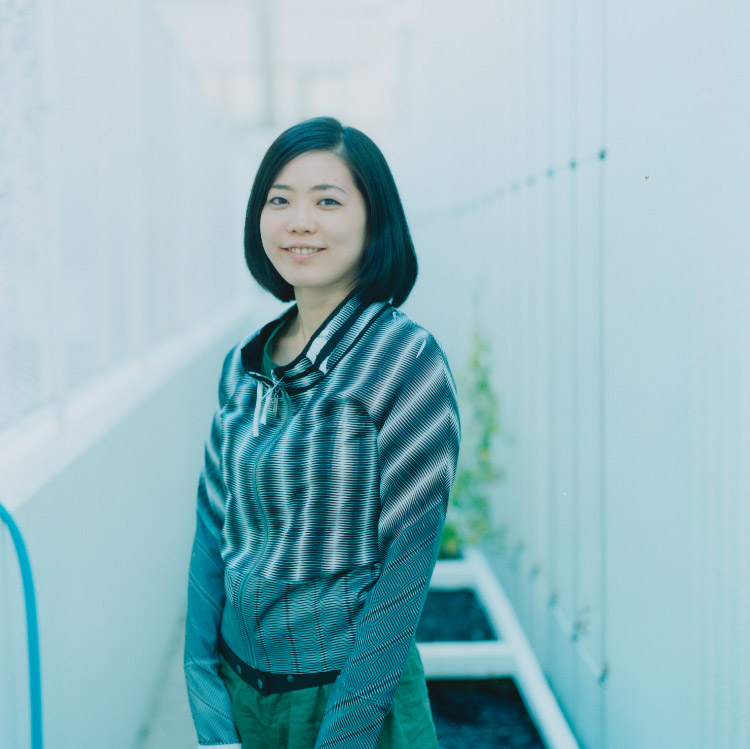 Performing arts producer, curator, born in Tokyo. While serving as a program director at ST Spot Yokohama from 2004 to 2008, she co-founded production studio, Precog Co., Ltd in 2006. Since 2008, she has been its CEO. Nakamura has produced numerous inter-disciplinary projects such as “Azumabashi Dance Crossing” (2004~2013) and “Spectacle in the farm”(2009-2010). Precog has also produced a number of artists, including chelfitsch and Toshiki Okada, Nibroll, and Okazaki Arts Theater of Yudai Kamisato. Her artists have performed in over 70 cities in 30 countries. In 2012, Nakamura directed KAFE9, a performing arts festival at KAAT (Kanagawa Arts Theater). Later that year and then in 2014, she produced Kunisaki Peninsula Art Festival as its programme director. In 2016, she produced “Inuto Imago” as part of Setouchi Art Triennial, Inujima Performing Arts programmes, featuring contemporary musician Kazuhisa Uchihashi and several artists from Indonesia. In 2016, she was a grantee of Asian Cultural Council fellowship. In addition, she is one of the founding members of ON-PAM (The Open Network for Performing Arts Management).

Linda Mayasari (b.
1985) is Director at Cemeti – Institute for Art and Society, where she has worked since 2010, as well as a member of the associate curatorial assistant for the Indonesia Dance Festival.
She is currently pursuing her studies in Religious & Cultural Studies Department at Sanata Dharma University, whilst working toward her personal research and writing exploring the intersections of art, politics and post colonialism within the cultural and historical context of Indonesia.
Occasionally she works collaboratively with artists from various fields (particularly dance and visual art) to produce independent research based projects.
Previously, Linda worked as a program manager at Bagong Kussudiardja Foundation (2008 – 2010), a performing art space in Yogyakarta, and was a member of Gandrik Theatre (2009 – 2015).
She has attended numerous international forums on the visual and performing arts including Asia Arts Space Network, Korea in 2015, Setouchi Asian Forum, Japan in 2016, Monsoon Platform, Belgium in 2017.